I feel I should probably write something about last week’s ‘leadership contest’ at the County Council.  If nothing else it will serve to record what was for me and my colleagues an important event in the growing chronicle that is represented by this website.  It also might clarify one or two things for people confused by the press coverage.
Many people of course don’t follow, or care about, the to-ings and fro-ings at Endeavour House (Suffolk County Council’s Headquarters in Ipswich).  The majority of Suffolk residents don’t know or care who the Leader of the County Council is, and furthermore don’t know any of the members of his Cabinet.  This is not altogether surprising…councils only get onto people’s radar when something goes wrong, and they feel that ‘something should be done about it’ by ‘someone’.

So for those of you who are unaware, last week the Conservative Group was obliged to hold a ballot to decide who should continue as our Leader.  Since we are the largest party in the Council, this was probably also a decision about who will be the Leader of the Council as a whole.  A leadership challenge is always a possibility at all levels of political life….remember Mrs Thatcher’s demise shortly after she had promised to go ‘on and on and on….’?

Our contest was brought about by a challenge for the Leader’s position, held by Mark Bee from Waveney from the Cabinet Member for Finance, Colin Noble, who comes from Forest Heath. The fact that the rivals came from different ends of the county led some press commentators to suggest that the reason for the party split was due to some sort of East/West rivalry.  I do not think that this lay at heart of the matter.  While it is true that many of the supporters of both candidates did come from their respective areas, this was only natural.  There are plenty of us in between!

At bottom I think that the issue was a conflict between a steady, gradualist approach to policy (Bee) and a more radical and aggressive stance (Noble).   Bee, it must be remembered took over after some damage was caused to the council’s reputation by fall out from the dramatic root and branch changes initiated by the colourful former chief executive, Andrea Hill, with the support of the previous leader, Jeremy Pembroke.

Three years have passed since that time.  Many councillors were only elected a year ago, and some among them, along with more long standing members who understood that not all that was done in the Hill years turned out badly, have perhaps been disappointed by what might be seen as a rather pedestrian, low key approach to the challenges faced by the council today.

I will leave it to readers of the blog to decide whether, at a time when the Conservatives have a majority of three rather than the double digit margin enjoyed during the last council, a more cautious, conservative, consensual approach is the appropriate one to adopt.  Taking on more risk may prove more politically attractive, and win us more votes in 2017, but it is of course, well….more risky.  The key of course is to get the balance right, and this needs constant reappraisal.

I do not agree with those who say that the contest was an unnecessary distraction. Although Colin Noble's challenge did not succeed, the result was thought to be close and the Bee administration will clearly now embrace some positive changes.

Political groups need to respond to internal demands for change and debate is healthy.  Perhaps however it would have been better to have the discussion, and the at times quite fierce conflict, in a less public manner.  Now it is all over, I know we will all get behind Mark Bee, both sides having learned a few useful lessons along the way. 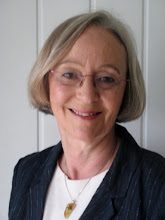